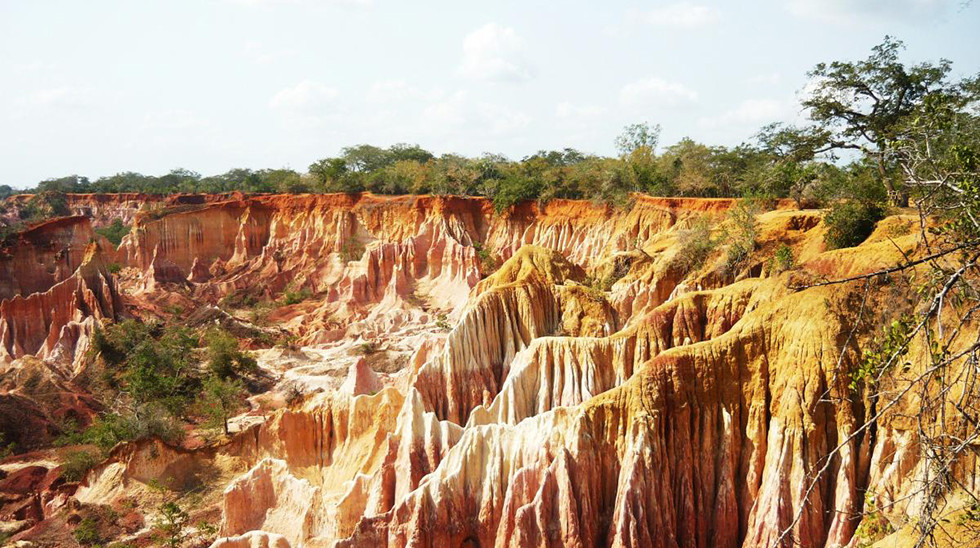 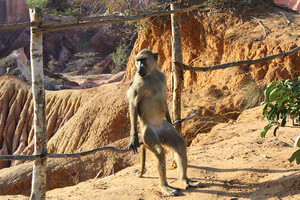 The colored canyons of Marafa, also known as Hell's Kitchen, is an odd sandstone canyon outside of Malindi, Kenya. Known locally as Nyari - "the place broken by itself" - it was once a great sandstone ridge worn by wind, rain, and floods into a series of jagged gorges. The layer-cake colors of the sandstone reveal whites, pinks, oranges, and deep crimsons, making the gorge particularly striking at sundown, when tones of the ribbed sandstone gullies are highlighted and mirrored by those of the setting sun.

In any other country Marafa would be a major attraction but so far, it has stayed rather unknown to Kenyans and foreigners alike.